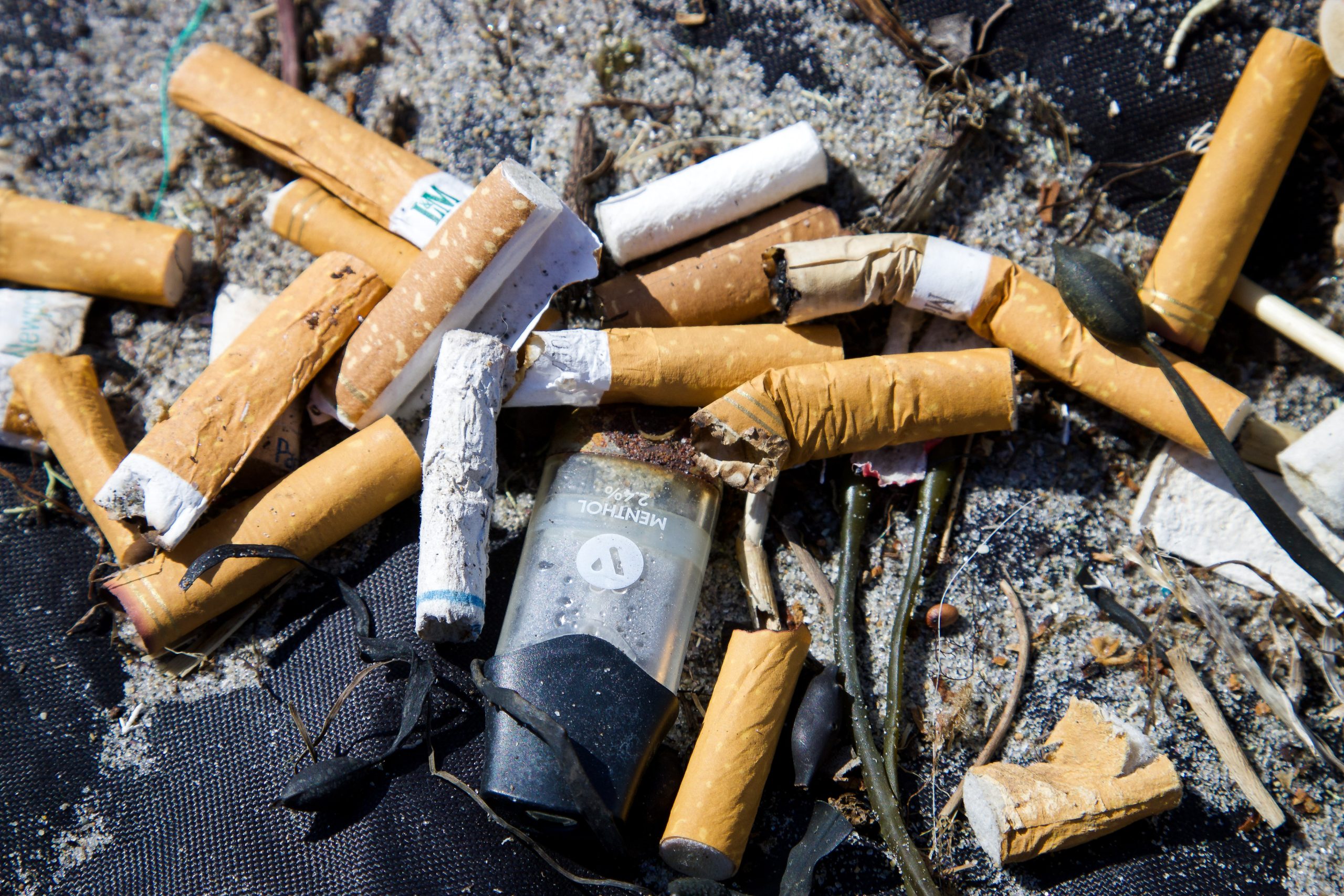 Photo by Brian Yurasits on Unsplash

The pollution generated by cigarette butts is not only a visual plague, but also ecological. According to the World Health Orgnization (WHO), about 6.5 trillion cigarettes are consumed each year in the world and a large part of them are improperly disposed off. Cigarette butts are actually the most abundant form of plastic waste in the world, with about 4.5 trillion individual butts polluting our environment. To answer this problem, companies have been created to recycle cigarette butts and tobacco companies will have to participate financially to eliminate its waste.

A cigarette butt throws away is nearly 10 years of micro-plastics in the ocean. Cigarettes take an average of 12 years to fully degrade. For filters, they degrade between 1 and 2 years, but one of its components, cellulose acetate, takes nearly 10 years to biodegrade.

In addition, Cigarette butts are the single greatest source of ocean trash. According to the Centre d’information sur l’eau (C.I.Eau): “out of 137 billion cigarette butts thrown on the ground every day throughout the world and out of this, 40% end up in the oceans”. Significantly since only one cigarette butt can contaminate up to 500 liters of water, the impact of this cigarette waste on water resources around the world is catastrophic.

The ministry estimates 30 billion butts are thrown away in France every year, of which more than four in 10 ends up on beaches, in forests, rivers and the sea.

In response of the issue of cigarette butt pollution in coastal environments, companies have been created to recycle cigarette butts. For example, in Finistère, the company MéGo recycles plastic cigarette filters by transforming them into various objects such as ashtrays, pen holders, rulers, etc… Unfortunately, these initiatives are far from sufficient on a global scale.

Moreover, tobacco companies will have to participate financially in cigarette butts recycling. Indeed, the extended responsibility of producers on their products at the end of life since 1975. It can be found in particular through the manufacturers of batteries or household appliances. Today, it’s applied to 14 product families.

However, by 2025, 11 additional product lines will be concerned, including cigarette butts. Just as manufacturers of household appliances or batteries already finance the recycling of their end-of-life products, cigarette manufacturers will have to finance the collection and recycling of cigarette butts. Thanks to the french law “Anti-gaspillage pour une économie circulaire ” (AGEC), french cities will collect from producers up to 2 euros per inhabitant depending on the density of their municipalities to finance the cleaning of roads.

Their new eco-organization is committed to participating in public awareness, the provision of urban ashtrays, and the recycling of butts.

World consumption: what are we eating in 2022?