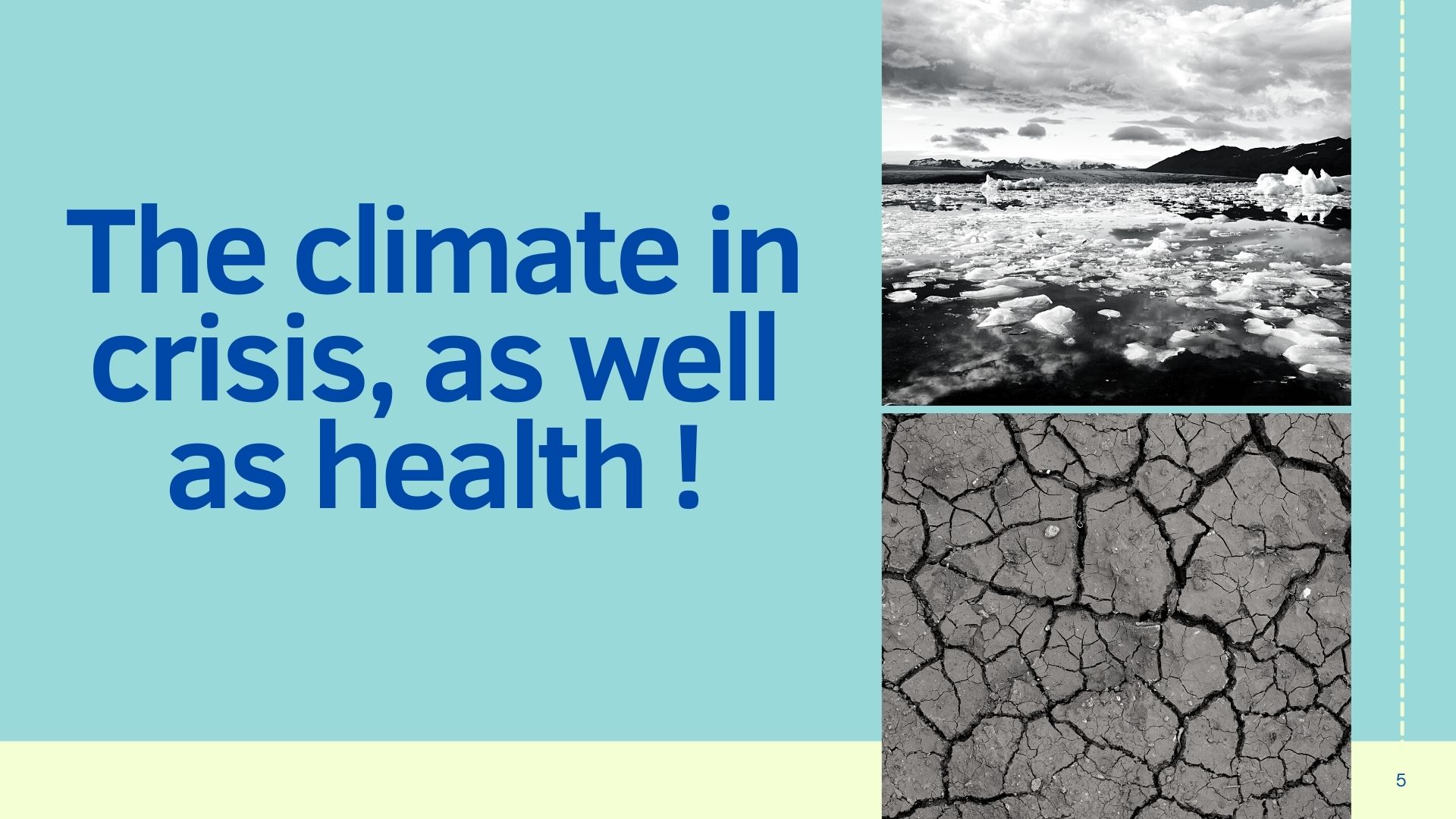 The climate in crisis, as well as health !

Human health depends on the environment. The climate change that our planet is currently undergoing as well as the rise of temperature (+2°C on average expected by 2050) have a negative impact on human health. The World Health Organization (WHO) indicates that climate change is responsible for 150,000 deaths per year, a figure that is expected to double by 2030.

When we try to measure the effects of global warming on human health, we are facing two kinds of effects : direct and indirect.

Although the direct effects seem obvious, such as the various diseases of the respiratory system, heat stroke, dehydration and all the serious illnesses that this can generate afterwards, humanity is forced to face today, the most worrying development of infectious diseases and epidemics due to the presence of global warming.

The sixth IPCC report, an alarming finding for health

The latest report refers to 30,000 deaths per year due to extreme heat waves, in a 1.5°C scenario and up to three times more if warming reaches 3°C.

In France the phenomenon of heat waves is more and more frequent, a phenomenon due in large part to the  increase of the contents of GHG in the atmosphere and the rise of the temperature.

Scientists believe that global warming contributes  to the intensity and frequency of heat waves  also to the droughts and floods in some regions of our planet.

To respond to the climate emergency and to reach carbon neutrality, which is a health priority, and an obligation in order to preserve the health and well-being of human and planet.