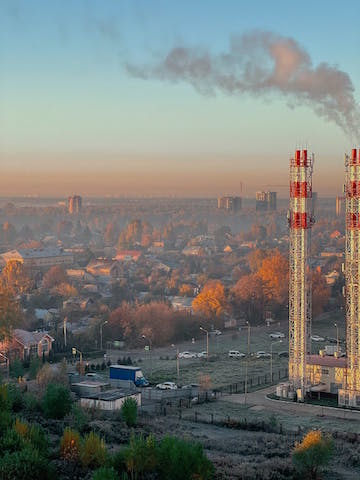 If industrial pollution impacts the quality of the air, its repercussions on the health of the populations, and in particular of the most fragile, is unequivocal. And yet, the air we breathe is as important as the water we drink…

A consequent risk on the human health:

Santé Publique France estimated, in April 2021, that nearly 40,000 deaths would be attributable each year to exposure of people over 30 years old to fine particles and concludes that mortality related to ambient air pollution is a significant risk in France.

Air quality is currently a major issue for health and the environment. Objectives of reduction or limitation of the emissions of pollutants in the atmosphere are defined within the framework of international agreements. Concerning the European Union, directives set limit values not to be exceeded in terms of concentrations of pollutants in the air. The CJEU, which had been referred to it by the Commission, found France to be in breach in two areas.

The Court of Justice of the EU finds France in breach of its obligations:

On May 4, 2021, the European Commission brought an action for failure to fulfil obligations against France under Article 258 TFEU. The Commission had asked the Court of Justice of the European Union to find that France had infringed Articles 13 and 23 of Directive 2008/50/EC for the Paris and Martinique/Fort-de-France areas. In this case, in its judgment of April 28, 2022, the Tenth Chamber of the Court of Justice found that France had indeed violated these provisions and condemned it. By failing to ensure that the daily limit value applicable to PM10 concentrations is not exceeded, systematically and persistently, since January 1, 2005 until 2019 inclusive, in the agglomeration and the “Paris zone”, and from 1 January 2005 to 2016 inclusive, with the exception of 2008, in the agglomeration and the ‘Martinique/Fort-de-France zone’, France has failed to fulfil its obligations under Article 13(1) of that directive. Moreover, the Court also found that France has failed, in both zones, since 11 June 2010, to fulfil its obligations under Article 23(1) of that directive, and in particular the obligation to ensure that the period during which the limit value is exceeded is as short as possible by implementing appropriate measures in the air quality plans.

More recently, the CJEU has stated that member states can be held liable for health damage resulting from excessive air pollution. In this case, a resident of the Paris metropolitan area claimed compensation from the State for a total of 21 million euros, because the increase in pollution in this area had damaged his health. He believes that the Member State is liable for this damage because it has not ensured that the limit values applicable throughout the European Union are respected.

While everyone can do what they can to limit their environmental impact by using public transport, cycling in the city, etc., local authorities can also implement important levers of action in this direction: low emission zones, alternating traffic and speed limits in the city, raising awareness among citizens, etc. It is now more than urgent that the State implements large-scale national policies to fight against air pollution and act on the health of inhabitants and their living environment.