Tetiaora Island: the creation of an ecological palace

Tetiaora Island is an atoll situated in the Pacific Ocean, which belongs to Wind Islands,  near Tahiti. It’s the former place where lived the actor Marlon Brando and his friend Dick was created, on his memory, a 100 % ecological and very luxurious hotel. 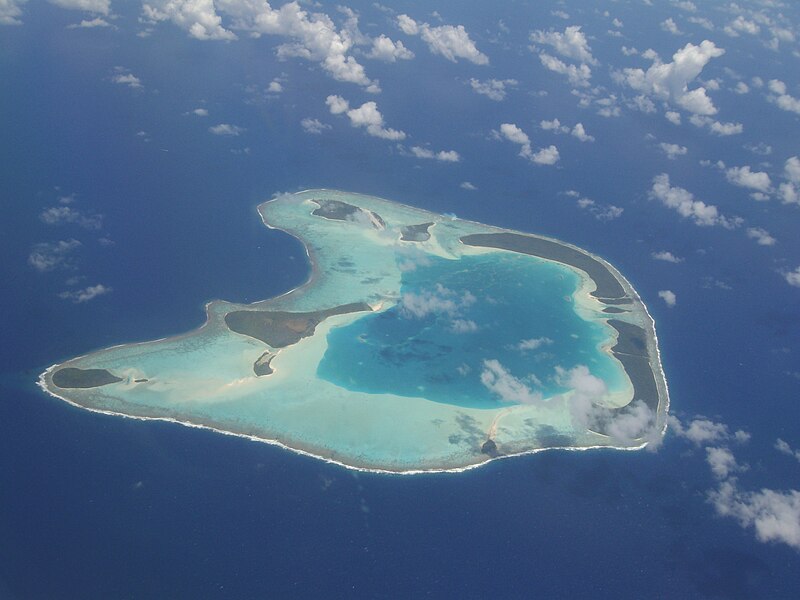 A paradise Island: A revelation for an actor committed to the environment’s protection

During the shooting of the movie, “Mutiny on the Bounty”, actor Marlon Brando fell in love with this island. He bought it for 2100 dollars to a dentist’s daughter and promised not to cut trees.

Thereafter, he decided to create his peace haven: 15 fare (Tahitian houses), a breeding of turtles and lobsters which permitted Cousteau Foundation’s installation. He created an ecological community, which won’t upset the environment balance of this lagoon. However, his projects failed and he left the island in 1990.

In 1999, Marlon Brando met Richard Bailey commonly named as Dick. He is a French and a Californian operator who built the biggest Hotel Center in Bora Bora and two cruise boats. These two personalities shared the same idea of development for this island: They wanted to elaborate a touristic resort and a scientific place, without breaching to the nature, animals and the charm of this atoll.

In 2008, the common idea became real and the work finished in the middle of last year: The Brando Hotel was inaugurated and counted 35 villas. This hotel mixed ecological and luxurious life. It is addressed to rich people and had safe benefits.

The model of sustainable development

The main goal was to create the first 5 stars hotel, 100 % ecological, with a positive carbon result and an energy autonomy.

Today, the island is supplied by 3 energy resources:
– Sea Water Air Conditioning consists on drawing water to 925 meters under the sea thanks to a tube measuring 2.5 kilometers. This 4 °C water rises naturally on the surface and a pump push it until an exchanger machinery. It serves the spa place and guarantees hotel’s cooling.
– 2400 photovoltaic panels are localized near the runway. They insure the lighting of villas, common places and staff accommodations. In order to compensate the intermittence of this energy, they created a processing plant of coprah oil. This oil is extracted to coconut and processed with Tahiti oil.
– 3 manners to recover water: A system of rainwater harvesting, seawater desalinization station and the reasonable use of groundwater for the needs of the hotel, particularly to fill swimming pools.
– Different systems of recycling: the organic wastes are recycled with a compost. The glass bottles are crushed and spread hotel’s aisles and the wasted water are processed thanks to a sediment pond and reused toilets, showers and gardens.

The island’ displacements are done with electric vehicles and bicycles. Indeed, the direction of this hotel wanted to be self-sufficient in food supply. It already is with fruits and vegetables but they needed engineer’s knowledge in order to improve their food autonomy.

Finally, they welcome a scientific center with 12 specializes which could observe, analyze, study the exotic nature and different animal species.

The critics of this green project

In spite of its success, environment’s defenders contested the building of this hotel. In fact, the developers created a barge between the ocean and the lagoon in order to permit the move of building materials and island’s supplies. Moreover, this construction destroys the barrier reef.

During the works of this hotel, one of Island ‘inhabitants, living in front of it, lamented the dragging of excavator sand at the back of the lagoon.

Indeed, the widow of the actor, Tarita, criticized this project because the day of her removal, she observed the felling of ailos (Tahitian firs). She insures that her husband couldn’t have stand it. In response of her allegations, the landscape gardener, Fred Fabiche, affirmed that the spreading of these plants necessitated to remove it. These ailos were recycled and transformed in main pillars. He recalls that all smart projects are contested but this permitted to remove and evacuate all wastes in order to the island has clean environment.

This huge project cost more 120 billions dollars and developers proposed to rich and concerned people to buy a little part of this island, in order to compensate works ‘price.