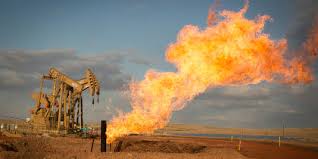 Like in many countries, discussions have recently been reopened, in France, on which model is the most efficient or preferable to fully exploit, or not, shale gas.
The uncertain French government , asks questions about the future and tries to take a decision.
The new minister of sustainable development, Philippe Martin , reiterated on 09 July 11, 2013 ,his firm willingness to keep the till-now government ‘s position about fracking.
The following day, 10 July 11, 2013, Arnaud Montebourg, minister of productive recovery, mentioned the idea to create a public company to manage , research and exploit the French shale gas.
These ambivalent positions , take place in a vast legal and regulatory context .
First of all a question of constitutionality was submitted to the state council, in order to verify if the resolutions cancelled, which were opposite to the exploration license of the Schuepbach Energy LLC, an American oil company, after the adoption of the Christian Jacob law, were compatible to law.
At the same time , shale gas question has been integrated into national discussions about energetic transition, without gaining the consensus. French are divided about which decision to take. They are so far from the American choice.
All these elements and all these doubts are bound to influence the future French decisions.Moreover,  reserves are approximately estimated by scientist.
A constructive way forward may emerge after the mining code reform. Ultimately, nothing excludes the adoption of innovative commitments but nothing guarantees it either.

Tune into the next episode